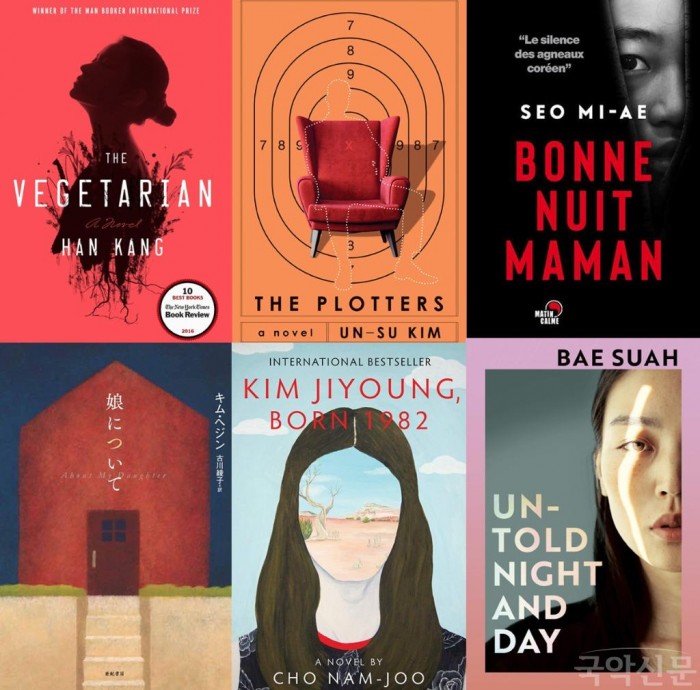 This year’s Astrid Lindgren Memorial Award (ALMA) drew as many as 240 candidates from 67 countries, but the award ceremony had to be held online due to the COVID-19 pandemic. When Korean picture book artist Baek Heena was announced as winner of the world’s largest children’s literature award, journalists glued to the event’s video feed immediately went about spreading the news. Established by the Swedish government, ALMA is recognized as the world’s most authoritative award in the field of children’s literature. The award not only brought honor to the author herself, it also represented a significant feat for the entire publishing community in Korea, as the nation’s literature had previously received little attention in northern Europe.

When talking about literary events that kindled global interest in Korean literature, one cannot omit Han Kang’s The Vegetarian, which won the 2016 Man Booker International Prize. Ever since, Korean literary works have repeatedly emerged as candidates for overseas literary awards. In 2017, Pyun Hye-young’s novel The Hole received the American Shirley Jackson Award, and a year later, novelist Hwang Sok-yong’s At Dusk won the French Emile Guimet Prize for Asian Literature. Publication rights of Kim Un-su’s The Plotters have been sold to publishers in a score of countries after critics described the novel as fresh and detailed. In January 2019, the novel was included in a list of "Best Winter Thrillers” by the New York Times. Seo Mi-ae’s The Only Child has been published in 14 countries, adding to the popularity of Korean thrillers.

Foreign publishers, having noticed the literary and commercial value of Korean literature, are making moves to incorporate it into their catalogues. For Kim Hye-jin’s novel Concerning My Daughter, which deals with homosexuality, three publishers vied for publication rights in Britain alone. The British Asia Literary Agency mediates the publication of Korean literary works through contracts with Bae Suah, Cheon Myeong-kwan, and Han Yujoo. British daily The Guardian commented on Bae Suah’s Untold Night and Day, a novel published in Britain earlier this year: "To a westerner, the 'Koreanness’ of Untold Night and Day is ever-present. Seoul is brought to life, with its elevated highways, narrow alleyways and blazing heat.” All these developments demonstrate that global interest in Korea, triggered by Hallyu, the Korean wave, is spreading to literature.

One of Korean literature’s greatest strengths is its subtle and exquisite way of dealing with universal social problems. Han Kang’s Human Acts found great success in Sweden, earning high acclaim for speaking on such universal subjects as violence and trauma through the Korean context of the Gwangju democratization movement. Cho Nam-ju, author of the novel Kim Jiyoung, Born 1982, received enthusiastic responses from readers in China, Japan, and Taiwan for its portrayal of feminism in everyday life at a time when a wave of feminist literature was sweeping the world. German daily Die Tageszeitung, commonly referred to as taz, analyzed that Korean writers deal with social problems as they are, with simple and understated expression. Korean literature has begun to form a pillar of Hallyu, following pop music, TV series, and movies. Korean authors tell stories that are Korean yet universally relatable.